Well, it’s been a while since I’ve written something for the blog; we’ve been busy at Frima building a cool update to our Oculus Connect 2 demo, which Vincent and fellow programmer Marc-André attended. We now have facial animations and kick-ass voice overs into the game, which bring it to a whole new level. There’s also an amazing article published on Polygon about FATED, so things are getting exciting! Click here to read the article.

Since we are only two programmers on the project, and since we are needed for pretty much every technical aspect of the game, sometimes stuff falls into the cracks. That’s pretty much what happened with memory management for FATED, and since we were both new to Unreal 4, we made some rather critical mistakes on top of not spending a minute on investigating what was loaded, and when.

When the rush to get our OC2 demo out of the door was over, it was taking a whole 75 seconds (!) to load our demo scene. That’s pretty insane for any kind of game. It was time to dig a bit deeper into what was actually taking so long to load, and maybe add a bit of asynchronous loading in there. So while this post may be somewhat of a given for Unreal veterans, I think it could be helpful for some developers with a bit less exposition to the tech.

WHAT’S UNDER THE HOOD?

First things first: identify the culprits. Unreal is pretty dope when it gets to commands you can input to investigate every aspect of the game, and memory statistics are no exception. One of the most useful commands out there is “memreport –full”. The “full” parameter will dump more information that could prove useful but is not required per se. Running this command will create a .memreport file in your “Saved\Profiling\MemReports” project folder. It’s a custom file extension, but this is actually a text file representing a snapshot of your game’s current memory state.

You’ll probably want to look first at the object list, which is the complete list of UObject you have loaded and information on the amount of memory space they take up. You will have a line looking like this for every object type:

AnimSequence (or Texture2D) is the name of the class of the object, while the number next to it (36 or 150) is the number of instances of that class. What you want to look into after that are mostly the first and last of the four other numbers you see up there. The first is the actual size of the objects while the last one is the size of the assets that these objects directly reference exclusively. For example, the Texture2D objects do not take much memory as objects holding the textures metadata (212K) as opposed to the actual texture data (pixels) it references exclusively (meaning no other objects references to that data), which amount to 96215K.

The two lines above were extracted from a memreport for this scene: That’s right, there is absolutely nothing in there except the floor, a player start, and the skybox. So where the heck are those 36 animations and 150 textures coming from?

Now that I knew there was something clearly wrong there, I had to find out which assets were loaded. Sure, there are 36 animation sequences in memory, but which ones and why? Again, UE4 can show that to you quite easily.

The memreport command is in fact a list of other commands executed one after the other to form a “complete” report of your game memory. One of the commands it runs is “obj list”. This is what outputs the list of objects and the number of instances, but this command can also use some parameters, one of which is the class of the objects.

This will output all of the animation sequences in memory at that moment, in order of what uses the most memory (the first number). Like this:

Now, if you’re like me, you might want to make this look a bit clearer, and fortunately it’s quite easy to write your own Exec function that can output exactly what you want. It can, for instance, sort by exclusive resource size instead of object size. Here is a sample of code to get you started in that direction: 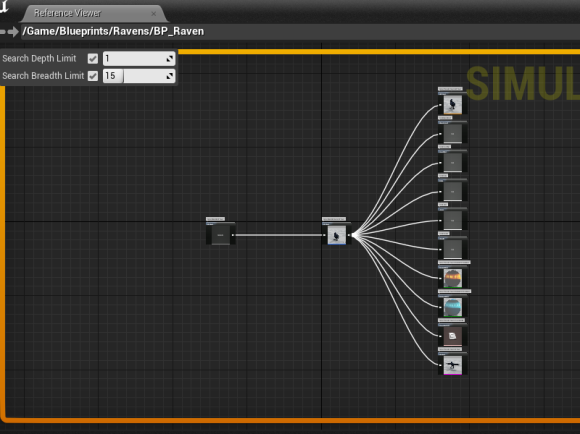 Now that I could pinpoint exactly which objects were loaded, I was able to investigate with more ease what was referencing them in that seemingly empty scene. There are two ways to view object references in Unreal. First, there is the visual reference viewer (that you can see in the picture above) in the editor; this will show all potential references, not necessarily what is referencing the actual loaded asset in memory right now. Of course, there is also an easy way to figure out the current shortest reference with yet another console command.

This will output a chain of references on what is loaded in memory (it can take some time), and following this chain will usually lead to the culprit. In our case, we were doing one mistake that was responsible for a lot of those loose asset references: direct asset references in some of our native class constructors. Like this one for example:

In the above example, this is a direct reference to a material: this material will always be present in memory. This is quite logical when you think about it, since the constructor is not only called when an instance of said class is created, but also at startup as it is run to set default properties when the static version of the class is created. So avoid those if it’s not something you need at all times in memory! Instead, opt for a UPROPERTY that can be assigned in the blueprint version of that class, even if it’s always the same asset. At least that way if you don’t have an instance of that object loaded in your scene, it won’t be in memory.

The wrongly referenced assets were not the only reason why it was taking so long to load our demo, so there was still more work to do. We had some remaining temporary assets, some pretty huge textures (I’ll talk about that in more detail below) but, more importantly, we still had a lot to load and we were trying to load everything at once. Let’s see how to asynchronously load assets using what Unreal calls the Streamable Manager.

If you have an actor that references multiple Animation blueprints, for example, they will all be loaded when you instantiate it, even if you only use one at a time.

The above lines should become this:

After this modification, the animation blueprint that mAnimBPClass01 references will only be loaded when you specifically ask for it to be loaded. Doing so is quite simple: you need to use the FStreamableManager object. Just make sure to declare it somewhere that will always be in memory, an object that won’t ever be deleted (like the GameInstance of your game, for example). In my case, I dedicated a special “manager” object to it, which is created at game start and never deleted. It handles everything that is dynamically loaded in our game.

There is more than one way to load an asset asynchronously, but here is one example: mArrayOfAssetToLoad being a TArray of FStringAssetReference.

FStringAssetReference are the string representation of the full path of the asset in Unreal’s internal file system. Using a TAssetSubclassOf<> pointer, you can get it by calling ToStringReference() on it.

Furthermore, if you are using Wwise for your audio management, Audio Banks can become quite huge and long to load. Fortunately, a wise (get it?) bank subdivision and using LoadAsync() on the UAkAudioBank instead of Load() will fix that for you. Be sure to uncheck AutoLoad on the banks in the editor before you do! Also, for some reason the LoadAsync() call is not exposed in Blueprint, so you need to do that in native code or expose it yourself.

Assets loading asynchronously is one thing, but you probably also want to split your levels into chunks to load separately. Unreal allows that using “Level Composition”. Level loading used to be done on the main game thread of Unreal, but it is now possible to split the loading on different threads.

In the DefaultEngine.ini file of your project, add this:

We are still on Unreal 4.8.2, but from what I found on the subject, this may already be by default in 4.9. Anyways, this should help make the asynchronous loading of levels smoother. If you are enabling that feature, however, you need to be careful about what you do in your class constructor, as some operations are not thread-safe, and using them could result in a lock or even crash the game.

Level streaming can be done “automatically” using volumes or a simple distance factor, but we decided to do it manually in our case. In the picture above, unchecking Streaming Distance will allow every sub-level linked to that layer to be loaded manually. This can be done in blueprint using Load Stream Level or in C++ using UGameplayStatics::LoadStreamLevel(). 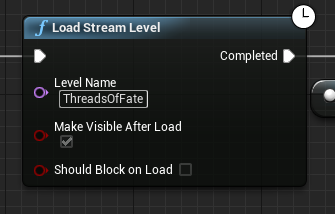 In pretty much every game, textures are what end up using a lot of your space. In pretty much every game, there is also a bunch of oversized textures that are far from optimized pixel density-wise. Fortunately, instead of reimporting every such texture, UE4 offers a really simple way to trim the fat without needing to reimport everything: LOD Bias.

You can see that the difference in resource size is considerable when we drop 1 mip, especially when the texture is in 4096X4096! Of course, we couldn’t do that for everything, but there was a lot of stuff that was in 4096 that really did not need to be.

Of course there is a lot more to memory optimization and management, but this is pretty much what I have done to get our demo from taking 75+ seconds to load to somewhere around 10 seconds. Unreal is a great tool, and I keep learning and getting better at it. I hope this will help some of you out there in creating your own awesome content. If you have any questions or comments, I’ll be happy to answer them! In the meantime, I’ll go back to working on FATED. Stay tune for more info!

This week, the team is a little bit swamped so we can’t go into the details of what we’re working on. On the programming side, we’re working on finalizing the demo we will be presenting to medias and potential partners at the SVVR Conference & Expo (Silicon Valley Virtual Reality) in May. 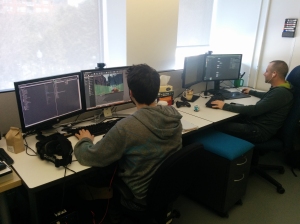 Our upcoming demo will feature a complete chunk of the story, new animations as well as amazing new visual effects. We’re eager to find out what the VR savvy community at SVVR will think of FATED. 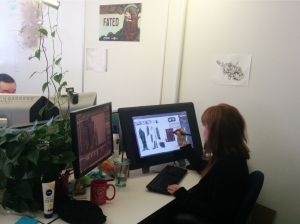 On the art side, we’re working on several props that will come into play in the puzzle-solving part of the game. 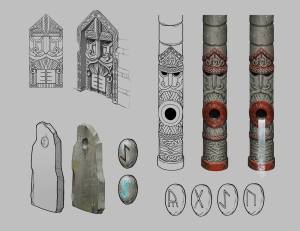 Please let us know if there are topics you would like us to cover in future entries.

Stay tuned to our Facebook and Twitter to catch all the updates on the development of FATED.